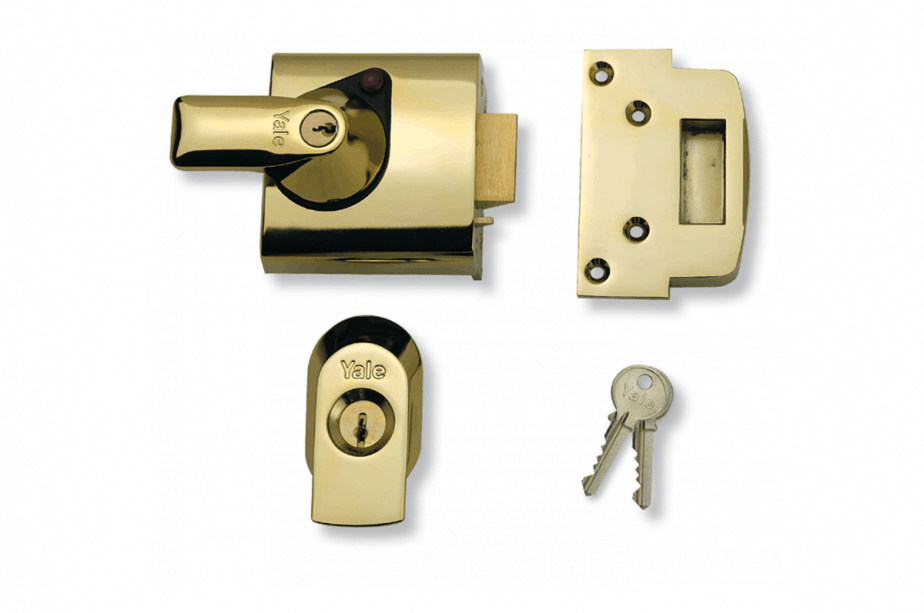 Night latches are often referred to generically as ‘Yale locks’. Put simply, these locks feature a latch that is operated by turning it to one side to open the door from the inside, opening with the use of a key from the outside. They may also be referred to as ‘slam locks’ on account of the requirement to have a key to open them once they have ‘slammed’ shut.

The majority of households will have a night latch on their front door; in most instances this will be a visible surface night latch. You can, however, opt to have the night latch function hidden within the door as a mortice night latch. This is common where the lock is placed on communal flat entrance doors.

There is also a slightly more sophisticated variant of the standard night latch known as the roller bolt night latch. As its name implies, this features a roller which latches the door once it shuts, although this will not be locked until either the internal locking knob is rotated or the outside key is turned. These roller bolt systems are commonly found on individual flat front doors within block of flats, as they are needed to meet fire regulations.